In the thick of the admissions process? Check out our upcoming webinars!
PhilosophyServicesResultsTestimonialsSchool acceptancesBlogEventsPressAboutWork with us

Work With Us
Parent Statements 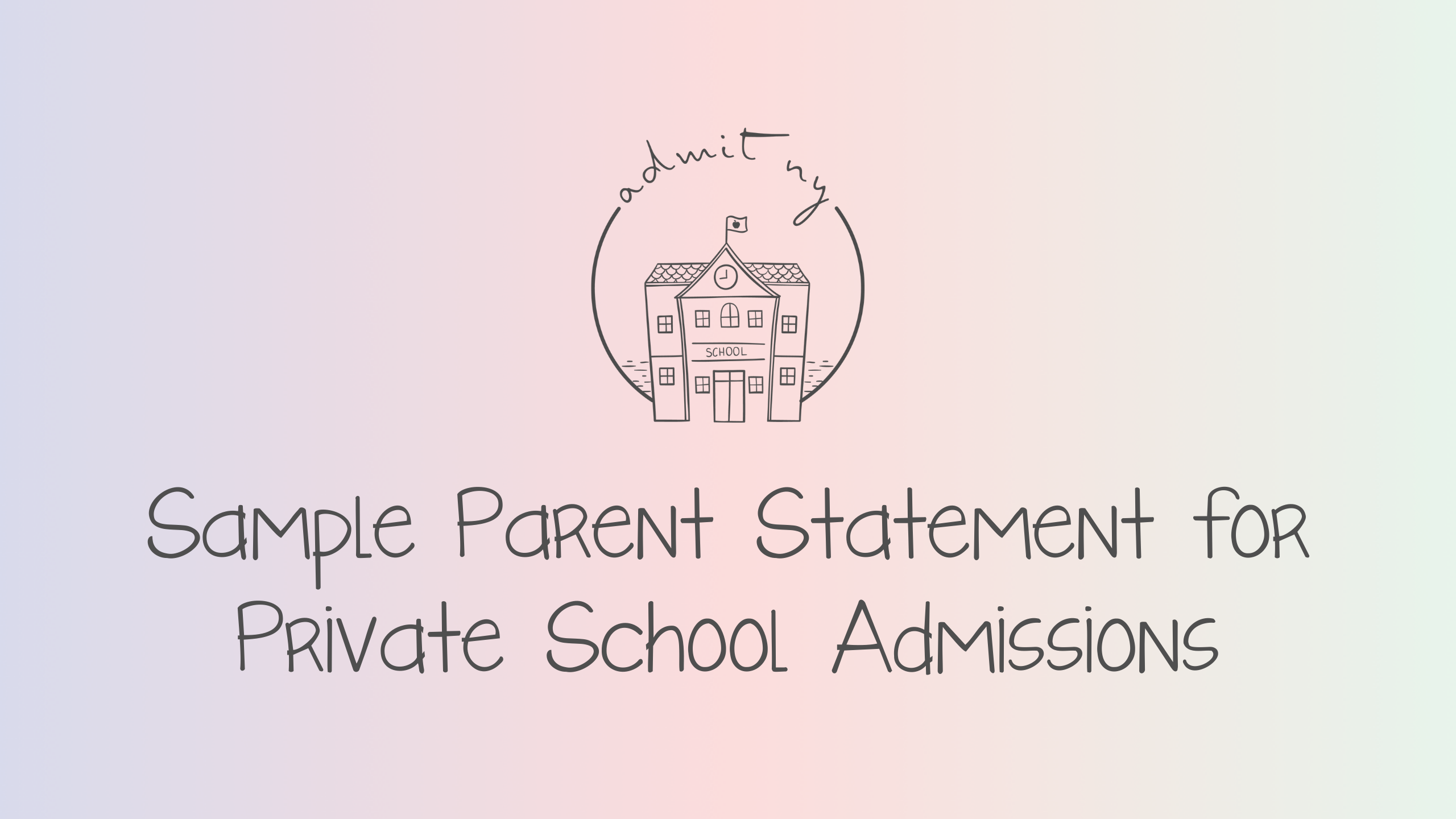 Sometimes, though, the most helpful way for parents to conceptualize their parent statement is to read a sample. Look no further! Here’s a great sample parent statement that addresses all of the key points that private school admissions officers are looking for.

Prompt: Please tell us about your child and why you believe [SCHOOL] would be a good fit for him/her.

Morgan’s most defining quality is that he does not do anything halfway. This has been the case ever since he was a young child: if he started a complicated LEGO set or a science fiction book, he just had to get it done and wouldn’t rest until he did. Morgan lives for the genuine sense of accomplishment that comes along with a job well done, and that commitment carries through his personal life and his life as a student. Morgan is committed to being there for his friends through thick and thin, and is frequently the first one to call or visit a friend when they’re having a difficult day. At school and in extracurriculars, Morgan dives wholeheartedly, and usually with a smile on his face, into each project he takes on and won’t give up until he achieves the result he’s looking for.

Morgan’s commitment to participating fully in each area of his life, and achieving his goals, was gravely tested during the last year and a half of the COVID-19 pandemic. Like all of us, Morgan struggled for a beat in the early weeks of the pandemic with the sudden distance from his friends and shift to remote learning. But Morgan was quickly back in the saddle, strategizing how to continue doing his best given the changing circumstances. Morgan took the lead on organizing weekly friend hangout sessions with several of his classmates, and the group steadily expanded to reach almost 20 students connecting on Zoom for upwards of two hours each Thursday evening. While many other students resigned themselves to severely limited academic progress in the spring of 2020, Morgan wouldn’t accept it. He emailed his teachers and met with them virtually to plan the best way to maintain his progress toward the goals he’d set at the beginning of the semester. Throughout it all, Morgan was upbeat, sunny, and focused on making the most out of a difficult situation. We were incredibly proud of the way his core commitment to living life to its fullest shone through even in the world’s darkest moments.

The academic pursuits that Morgan was particularly passionate about keeping up during the pandemic were his math and science classes. Morgan is deeply invested in STEM, and has a natural aptitude for numbers and scientific thinking. Math, particularly algebra, is very satisfying to Morgan; it might be because the sense of accomplishment that comes along with solving a difficult algebra formula mirrors that sense of accomplishment Morgan enjoys when he brings any sort of project to completion.

While math and science are Morgan’s favorite subjects, he is a well-rounded student with strong skills in English. Morgan has been a voracious reader since first grade, and it was difficult to provide a steady enough stream of books during the pandemic to satisfy his increased capacity for reading. (Once again, the satisfaction of turning the last page on a long, fascinating book is one of Morgan’s sincere joys.) One of the creative ways that Morgan brought his friends together during quarantine was a monthly book club. While the students were already reading a couple of classic novels in their English class, they decided that they wanted to venture into science fiction reading as well. Morgan and one of his best friends researched a variety of sci-fi novels, organized them into a selection for each month, and led a monthly book club meeting to discuss their favorite parts. We eavesdropped a little on one of these meetings and heard the boys enthusiastically debating which would be “cooler,” settling on the moon or on Mars, based on a storyline in their most recent novel.

Outside of school and his monthly book club, Morgan is committed to athletics. In his first weeks of middle school, Morgan decided that he wanted to join the cross country team. Morgan had never been seriously involved in sports before, and frankly we (his parents) are not particularly athletic! But a few of Morgan’s friends loved their sports teams, and Morgan was interested in trying something new. So, he began attending cross country practice after school almost every weekday. At first, Morgan didn’t really like running. He was struggling to get through the team’s longer runs, and doing anything halfway is not Morgan’s favorite thing. Progress seemed far off, and we thought that Morgan would ultimately quit cross country. But all of the sudden, Morgan started seeing improvement. In true Morgan fashion, he took the initiative to pick out a running book from the library and read it in three days flat, immediately implementing some improvements to his running stride. Within two months, Morgan was able to finish longer runs, and started inching up the leaderboard at team meets. These days, Morgan is a casual but enthusiastic runner. He knows that he isn’t destined to be the fastest athlete on the team, but he finds real fulfilment in constantly seeking to beat his personal record. After finishing a particularly fast run along the West Side Highway with a friend last week, Morgan got home sweaty, panting, and smiling, and said “I think I’m finally getting the hang of this!”

As Morgan approaches the search for a high school, he is as committed as ever to participating fully in the process and not doing anything halfway. He hopes to join a community of similar students, who are ambitious, kind, passionate learners, and interested in a diverse variety of subjects and activities. Morgan has always enjoyed building relationships with his teachers so we are also seeking a school where teachers are approachable and accessible. Morgan also appreciates an environment where he and his peers are encouraged to take initiative and craft their own projects. For all of these reasons (and many more), we believe that [SCHOOL] would be a great fit for Morgan. With a close-knit and engaged student body that participates in a wide variety of classes and clubs, Morgan would have no problem finding STEM friends, running friends, and reading friends. He would love [SCHOOL]’s independent study program; developing an innovative project idea, recruiting friends to join him, and executing the project all the way through completion are all Morgan’s unique strengths. We feel confident that if Morgan attended [SCHOOL], he would graduate with a broad portfolio of successes that reflect the school’s commitment to helping every student harness their passion, and Morgan’s commitment to doing his very best. 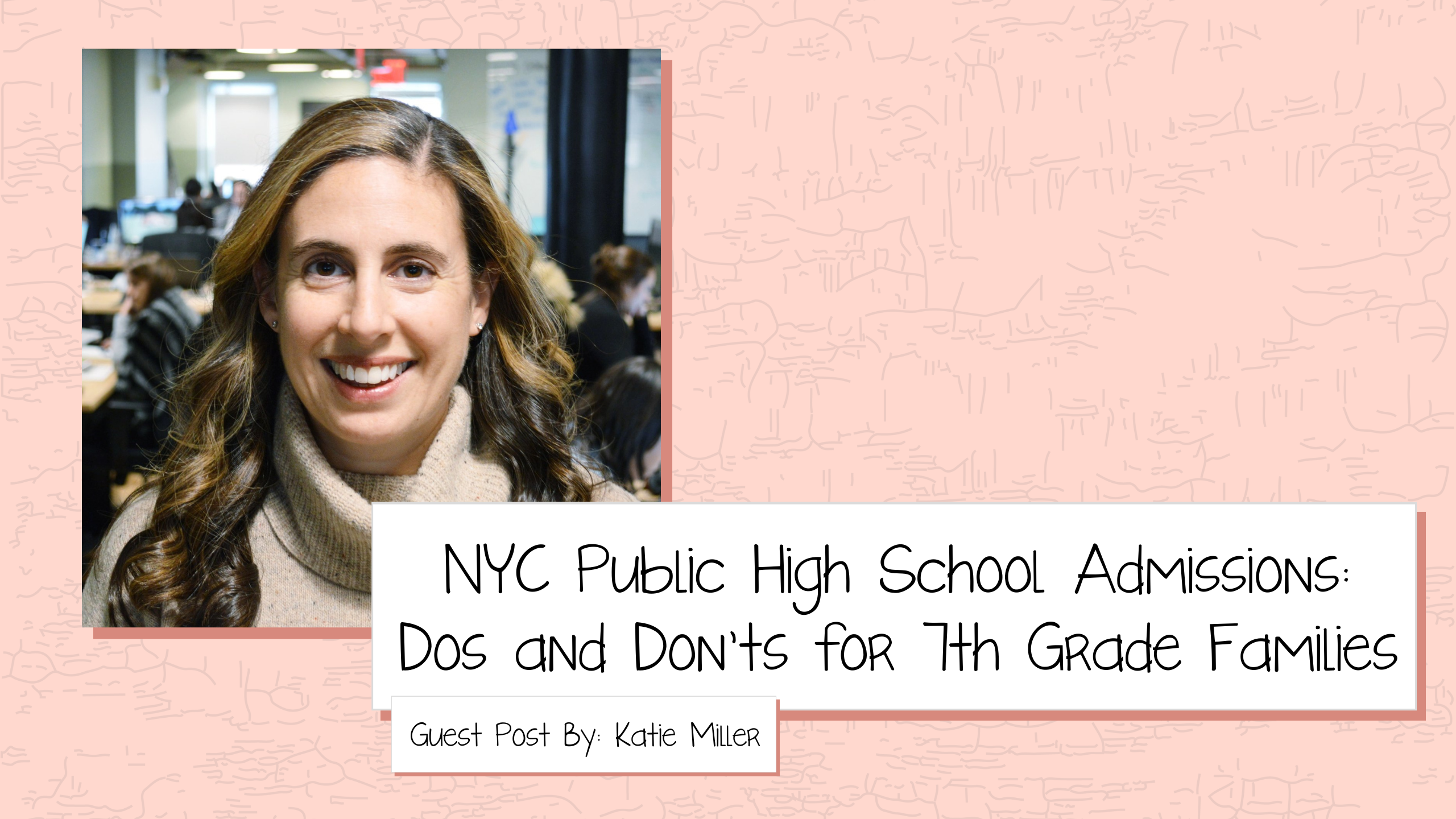 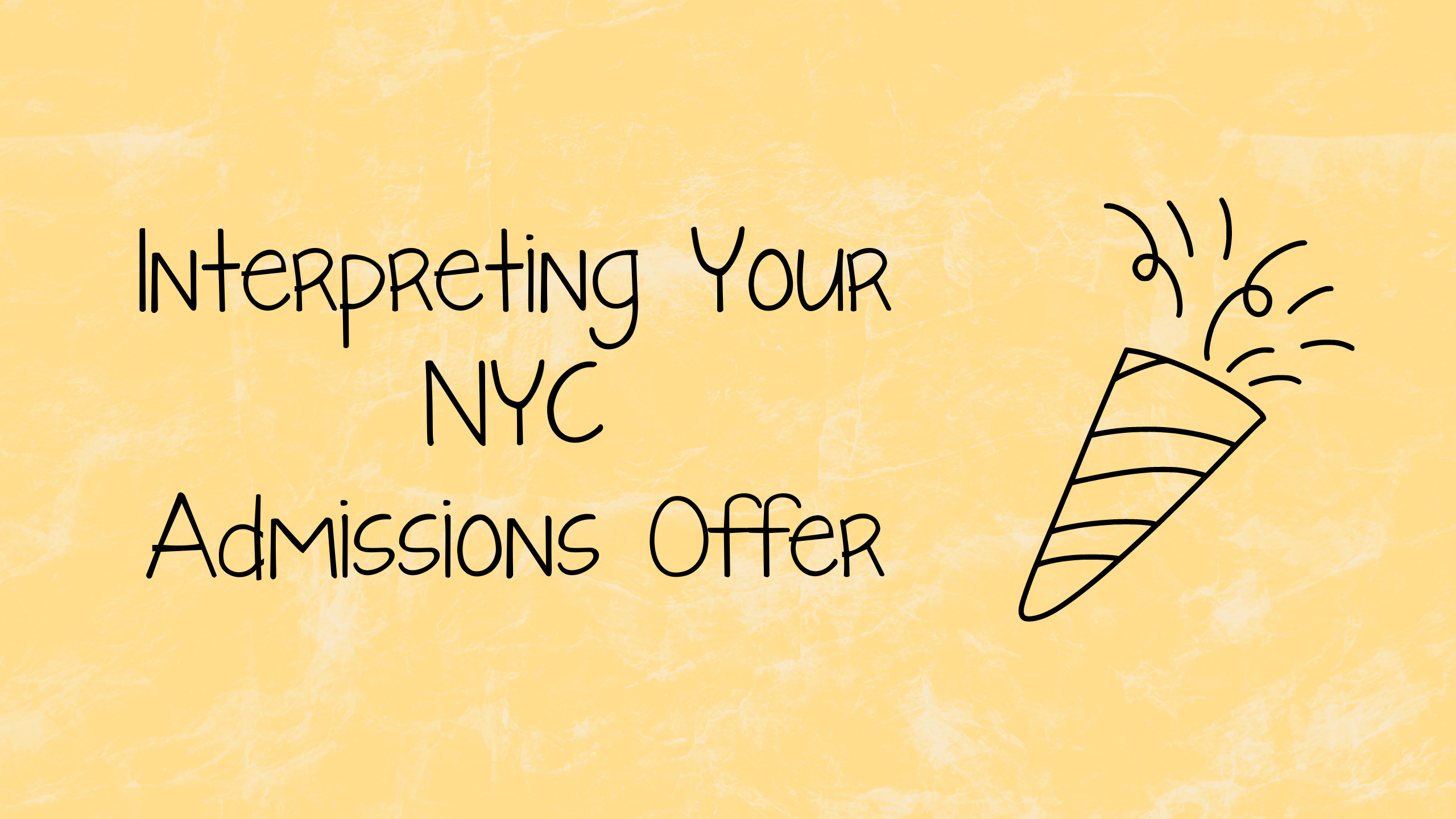 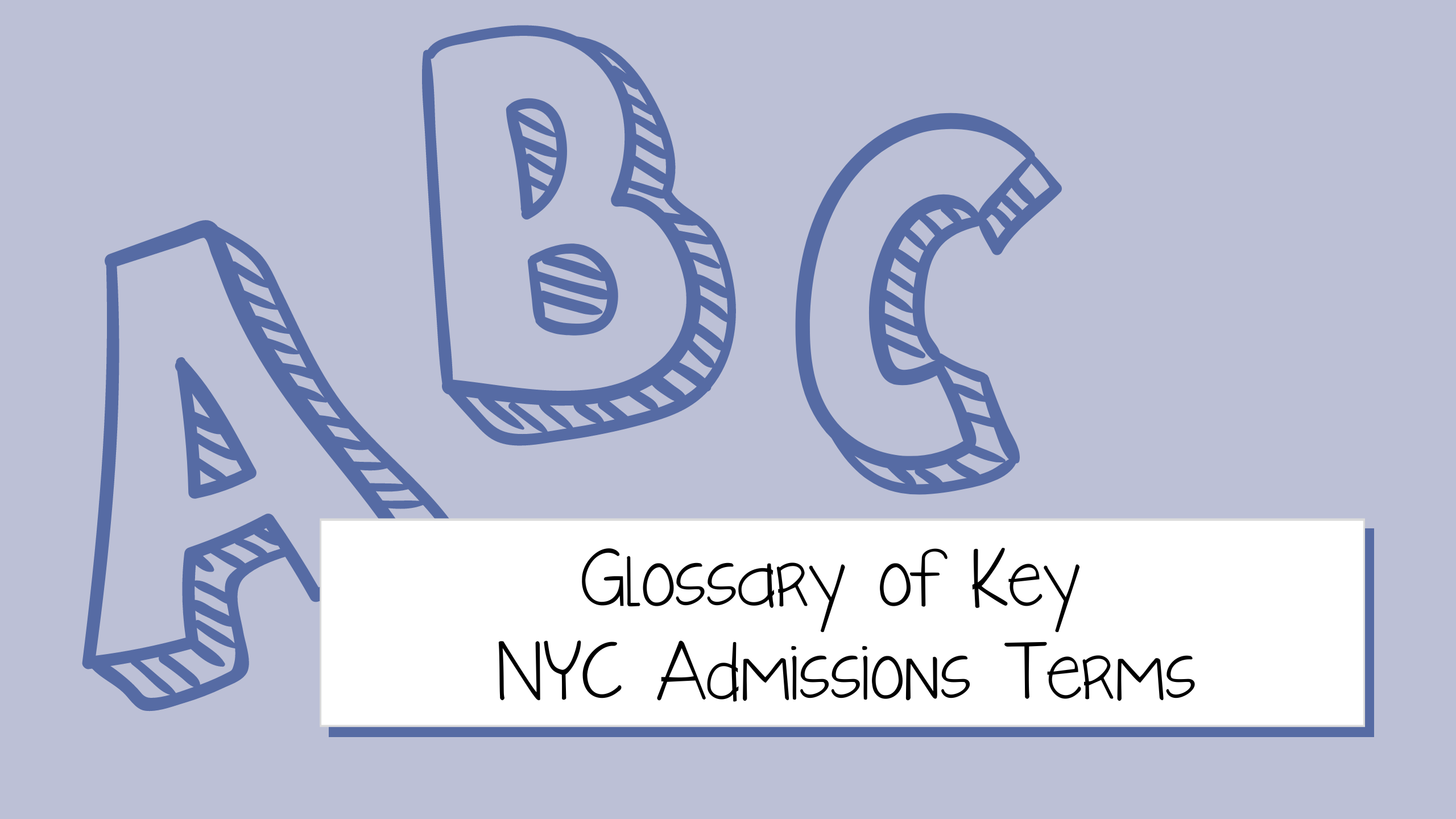